In our study of magnetic field (MF) activity during tumor remission in mice (Moga and Bengston, 2010), we found that one room in the animal facility showed more MF waves than the other rooms. This room was where the healer was directly his healing energy, and where tumor remission was most pronounced.  We saw sporadic or no MF waves in the other rooms sampled.  We hypothesize that the healer may concentrate “energy” in an area, resulting in an increased number of putative life-enhancing magnetic field waves.

So how prevalent are these MF waves outside the healing environment?

To address this question, I recorded MF activity in ordinary environments: my house and backyard, a nature area, and in the lab.  In the backyard (typical Midwestern U.S. backyard with lawn, trees, bushes), I positioned the probe on the lawn near the house, and recorded continuous MF activity during the day (347 hours total) and during the night (686 hours). During the day, there were 9 – 16 MF waves/hour on average, and during the night, 2 – 7 MF waves/hour.  This preliminary data suggests a day/night difference in the putative life-enhancing magnetic field waves in the outdoor environment.

What could be generating these MF waves recorded along the surface of the lawn? One possibility is that these waves are artifacts of our technological society, but that would not explain why these waves increase in amplitude and frequency in the healing environment.  Another possibility would be the soil microbiota (i.e., microorganisms in the soil), which are known to generate enough electrical energy to power a 40 Watt fuel cell or greater.  Life in the soil may generate “healing waves” ─ spontaneous releases similar to what we see with humans.

One day, I recorded low-frequency MF activity at a local nature area. One magnetometer probe was placed in the forest along a forest trail, and the other probe was positioned in a picnic shelter nearby.  Magnetic field activity in the forest was as expected:  occasional low-amplitude MF waves, similar to the MF waves in my backyard, with about 5 MF waves/hour.

The magnetometer probe in the picnic shelter told a different story:  there was a buildup of magnetic field activity, similar to a healing session, with two MF waves emitted in the hour-long session.  Two things happened in the shelter:  1) a group of birds, titmice, wandered through the shelter, feeding on insects; and 2) a spider started to build a web on the probe.  The spider ejected a spinneret onto the probe.  These activities seemed to correspond with the buildup of magnetic field activity. 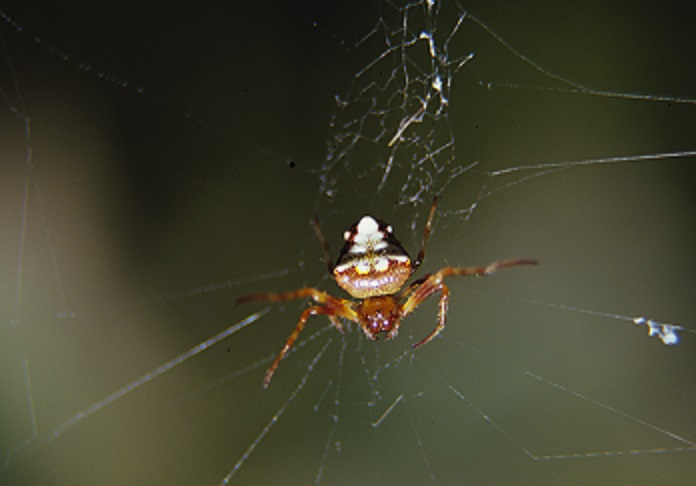 Perhaps nonhuman species, animals and large insects, are also able to create these MF waves? Like the soil?  That would tie in with the “orgone” hypothesis – orgone as life-enhancing energy released by all living things.  These waves may be an indicator of orgone in the environment.

What about indoors? In an old Victorian wood-frame house, I recorded MF activity in two bedrooms, yielding 1 – 2 MF waves/hour.  In a group meditation located in the basement of a University library with concrete walls, there were no waves during the 1-hour long meditation class.  In my lab, also with concrete walls, there were no waves while two individuals practiced craniosacral therapy, a type of energy healing.   In general, these MF waves are infrequent in our everyday indoor environment.  Our modern building materials and technology create an artificial EMF environment.

Overall, the low-frequency MF waves are more numerous outdoors and during bioenergetic practices such as energy healing and Tai Chi, and with emotional releases.  Our modern, sedentary indoor living, and building materials, may isolate us from the life-enhancing magnetic field waves prevalent in the natural environment.