I recently got a phone call from a reader of this blog who introduced me to the work of Yefim Shubentsov, a Russian émigré and acclaimed energy healer in the Boston area.

In his book, Cure Your Cravings, Shubentsov describes how he, “escaped from a land of tyranny [Soviet Russia] to a land of freedom [USA]”. After arriving here in the States, he observed that many Americans were caught in tyranny of a different sort:  the tyranny of addiction and craving.  So healing addictions and cravings quickly became his specialty. 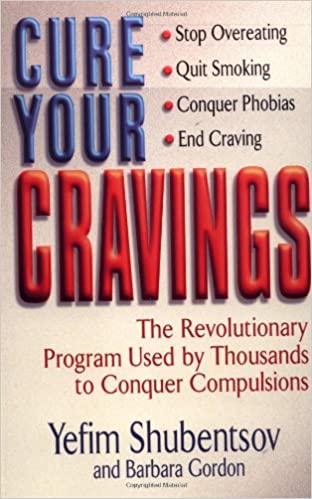 An artist by training, Shubentsov participated in energy healing experiments in Popov’s laboratory in Moscow in the 1970s. In the course of these experiments, Shubentsov discovered that he had a strong energy field and could help people.  He was assigned to a Pediatric hospital to treat children with hands-on healing, under the supervision of doctors.

According to Shubentsov, atheism in Soviet Russia was an advantage in this research – the Russians did not consider healing powers as coming from God, and they did not have priests/preachers telling them that it was wrong to do. Instead, the Russians called it Bio Energy, and considered it a new form of biological energy, associated with living things.

Why were Russian doctors willing to work with healers? Shubentsov says that medicine in the Soviet Union was “medicine minus the money”.  Soviet doctors made the same amount of money if they had one patient or one hundred patients.  There was no financial benefit to the doctors in having repeat patients or crowded waiting rooms.  And there was no exalted status to being a doctor.  In Russia, they were expected to treat the patients – and quickly!  So the doctors were open to alternative remedies, such as Bio Energy healing, to solve whatever treatment problem they faced.  Not so in American medicine, even today!

How does Shubentsov treat clients with addictions and compulsions? He sees a strong cultural basis in America for this tendency towards addiction.  Americans fall into the trap that life has not been fair or easy, that they have suffered harm and emotional damage, that their self-esteem is low.  “You are addicted to public opinion and self-esteem.  Those are the first addictions you must break”, says Shubentsov.

He has many examples in his book (including Bio Energy exercises), for each of the common types of addiction in American society – I recommend getting a copy. For overeating and food craving, he recommends the following:

He reminds the reader:  Skinny does not equal beautiful, Food is not love, Losing weight is a matter of willpower and discipline, There is no magic diet.