Several years ago, while I was giving free Healing Touch (HT) sessions at the Maple Center for Integrative Health, I had an older client named Alice, who came in for frequent sessions for no other reason than she found HT to be “relaxing”. In one memorable Healing Touch session together, I was feeling love for the work, for the craft of Healing Touch, as well as warm fondness for my friend/client Alice.  Suddenly we both heard bells ringing in the room.  Large bells, like in a church.  The ringing was inside the room – not in the hall or outside the building.  The bells seemed to be in the space around us, like standing waves.  I wondered if our heart-centeredness and energywork had brought our biofields into resonance, creating waves large enough to be audible. 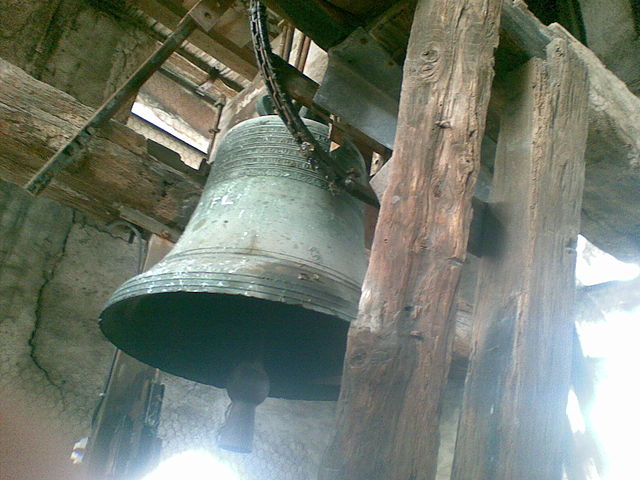 Other Healing Touch practitioners have described hearing unusual sounds, such as bells, chimes, ringing, buzzing, and music during Healing Touch sessions (Moga, 2017). When unusual music or tones are heard, they often have significance or healing potential for the client.

There have been only scattered reports of unusual acoustic phenomena in the parapsychological and human potential literature (e.g., Green and McCreery, 1975; Murphy, 1992). Green and McCreery (1975) describe a case where the percipient was woken by a buzzing sound, and then saw a vivid visual apparition.  Murphy (1992) describes how mysterious music moved from room to room in Wolfgang Goethe’s house (1832) while he lay dying:  “Suddenly the music burst out again, delicate and sweet; this time it seemed to arise in the room where they were [standing]…”

Supraphysical or “celestial” music is well-known among Hindu-Buddhist contemplatives and Western mystics (Murphy, 1992). For example, the English contemplative Richard Rolle (1290-1349) heard music as he prayed, “with all my heart”.

Practitioners of yoga and shamanic healing have also noted unusual sounds during their practice (Mishra, 1959; Harner, 2014). Some of the most frequent yogic sounds are high-frequency hums or buzzes, chirping crickets, sounds of bells ringing, flute sounds and tea-kettle whistling-like sounds.  The sounds are sometimes accompanied by static electricity and bodily vibrations (Gustafson, 2000).  In the shamanic literature, shaman have reported hearing buzzing, cricket-like or roaring sounds and melodies, as they shift states of awareness (Castaneda, 1968; Harner).  Gustafson (2000) notes that these sounds are, “so closely linked to altered states that many who are interested in intentionally altering consciousness consider it their most basic tool”.  In other words, the unusual sounds are a sign that the practitioner is in “non-ordinary reality”, as defined by core shamanism.