In a study of healer experiences (Moga, 2017), healers reported that they experienced unusual odors during healing sessions only “seldom” or “rarely”.  However, the olfactory experiences they did experience were so unusual that many healers described them in detail.

Some of the odors reported by the healers seemed ‘real’ with a physical basis. For example, “cancer has a smell”, which was noted by several HT practitioners, may be due to aromatic compounds secreted by tumors.  Several studies have found that dogs can detect a variety of human cancers by smelling the patient’s breath or urine (McCulloch et al., 2006; Ehmann et al., 2012); some humans may also be able to smell these compounds. The odor of cancer was variously described as, “an unpleasant smell somewhat like feces”, and “a putrid odor…very strong”.  If the client had had chemotherapy, metallic and chemical smells were noted by the healers, sometimes years after the therapy.

On the other hand, some unusual odors during healing sessions seemed to be symbolic, rather than actual.  For example, a smell of, “coffee brewing when there was no coffee” could represent a ‘wake-up call’, whereas, a “chlorine bleach” smell could indicate a need for biofield clearing/cleaning.

Particularly numerous were reports of odors associated with deceased loved ones of the client (Moga, 2017).  Both healer and client interpreted these odors as the presence of the deceased in the room during the healing session.  In the parapsychological literature, apparitions (i.e., deceased loved ones, ghosts, Guides) may be experienced by any of the senses including the sense of smell (Green and McCreery, 1975).  Examples reported by the healers included: “smelling tobacco smoke [while] working on a non-smoking client whose spouse was a smoker and had recently died”; “the distinct smell of urine” while working on a client who had cared for an elderly incontinent mother; “sawdust in a client’s field” – the deceased father of the client was a carpenter; and “burning car tires” while working on a client with a deceased mother who worked in a tire factory.

Agreeable odors were also experienced by the healers. One healer observed that, “I smelled a beautiful scent (indescribable) while working on a client who passed away shortly afterward.”  Beautiful scents, “the odor of sanctity”, are associated with holiness and saints (Schodter, 1999).  Another healer shared:  “I had the distinct smell of roses while I was the client being worked on with a reiki practitioner, yet she had no rose scented candles or other source of the fragrance.”  Similarly, one healer noted, “I smelt a very subtle floral smell”, while calling down the client’s spiritual guide, and another healer, “the strong scent of a rose when working with the heart chakra”. 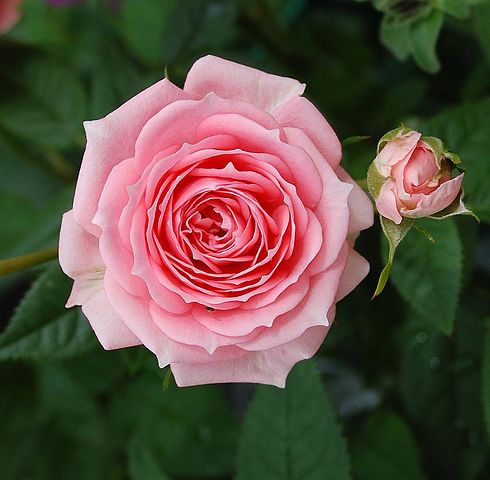 How to interpret these odors? Some of the olfactory sensations reported by the healers may be a form of synesthesia, where the stimulus is environmental vibrations and/or activation of cognitive pathways, rather than odorant molecules.  In this case, the brain interprets the signal as “olfactory”, even though it does not involve an actual smell.  For example, the odors associated with deceased loved ones may be based on environmental magnetic fields.  Persinger and colleagues have found that the “sensed presence”, a sense that someone invisible is present in the room, can be elicited with complex, magnetic fields applied to the brain (St-Pierre and Persinger, 2006).  Complex magnetic fields have been detected during Healing Touch and hands-on healing (Moga and Bengston, 2010; Moga, 2014), and seem to be produced by healer-client interactions.  Even though Persinger’s research is typically used to argue that apparitions are hallucinations, an alternative explanation, that apparitions (i.e., discarnate beings, spirits and ‘Guides’) are associated with complex, magnetic fields or cause such fields to occur, is equally possible.

Odors are so ephemeral that they are often dismissed.  But in the realm of exceptional experiences, unusual odors during healing sessions can indicate the presence of a discarnate entity – either a deceased loved one or a spiritual Guide.  Odors can also reflect the condition of the body and its biofield, with unpleasant odors in biofields that need clearing, and pleasant odors associated with holiness.

St-Pierre, L. S., & Persinger, M. A. (2006). Experimental facilitation of the sensed presence is predicted by the specific patterns of the applied magnetic fields, not by suggestibility: re-analyses of 19 experiments. International Journal of Neuroscience, 116(9), 1079-96.