After the set of experiments observing magnetic field (MF) oscillations during Healing Touch (HT) sessions (with healer and client), I did two additional sets of experiments to determine if MF oscillations are present during, 1) guided progressive relaxation (client only), and/or 2) mock HT (healer only).   I needed to know if the MF changes during Healing Touch were specific to HT.  There was the possibility that the MF oscillations/changes were nonspecific – that they were not related to energy healing at all.   In the language of science, I needed a good control for the HT experiments.

Guided progressive relaxation (GPR) has been used previously as a control for Healing Touch (Wardell et al., 2006).  During GPR, clients listen to a tape or CD containing verbal instructions on relaxing each part of the body in a progressive manner.  The rationale for using GPR as a control is that clients often describe Healing Touch as “relaxing”.  Furthermore, a scientific study by Maville (2008) found evidence that clients experience both physiological and psychological relaxation during HT. 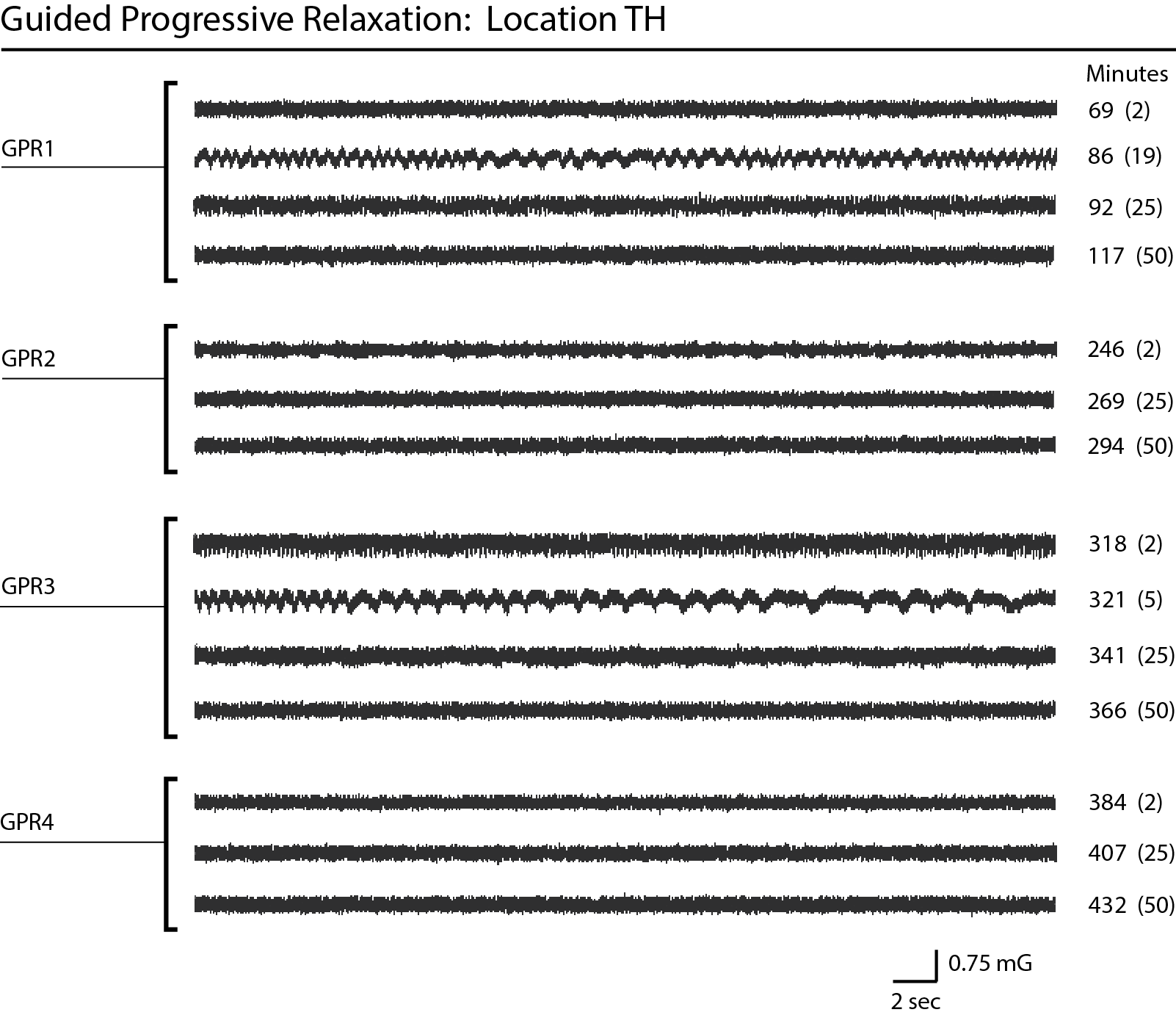 I was initially puzzled by the MF oscillations recorded during the GPR experiments (86 and 321 minutes in figure above).  Progressive relaxation involves mentally focusing on different body areas (e.g., throat, abdomen), consciously relaxing and releasing tension in each area, leading to an overall relaxation.  I speculate that this process, releasing tension and relaxing, could lead to “energetic releases” similar to those observed in Healing Touch and other mind-body practices (Moga and Geib, 2009).  Why were the MF oscillations concentrated in the first 20 minutes?  Based on comments from the participants, the MF oscillations during the first 20 minutes may represent physical releases, as this part of the CD focused on releasing tension in individual muscle groups.

High-amplitude MF oscillations were observed in only one GPR session (GPR14 in figure below). As client GPR14 walked in the door, I thought, “Oh, no” – I could feel her strong emotions from several feet away.  She confided that she had been diagnosed with borderline personality disorder.  Individuals with this disorder feel more intense emotions and emotional lability than the average person.  The MF activity during her session was quite different from the other GPR sessions, but it made me realize that emotions can be detected as low-frequency MF vibrations. 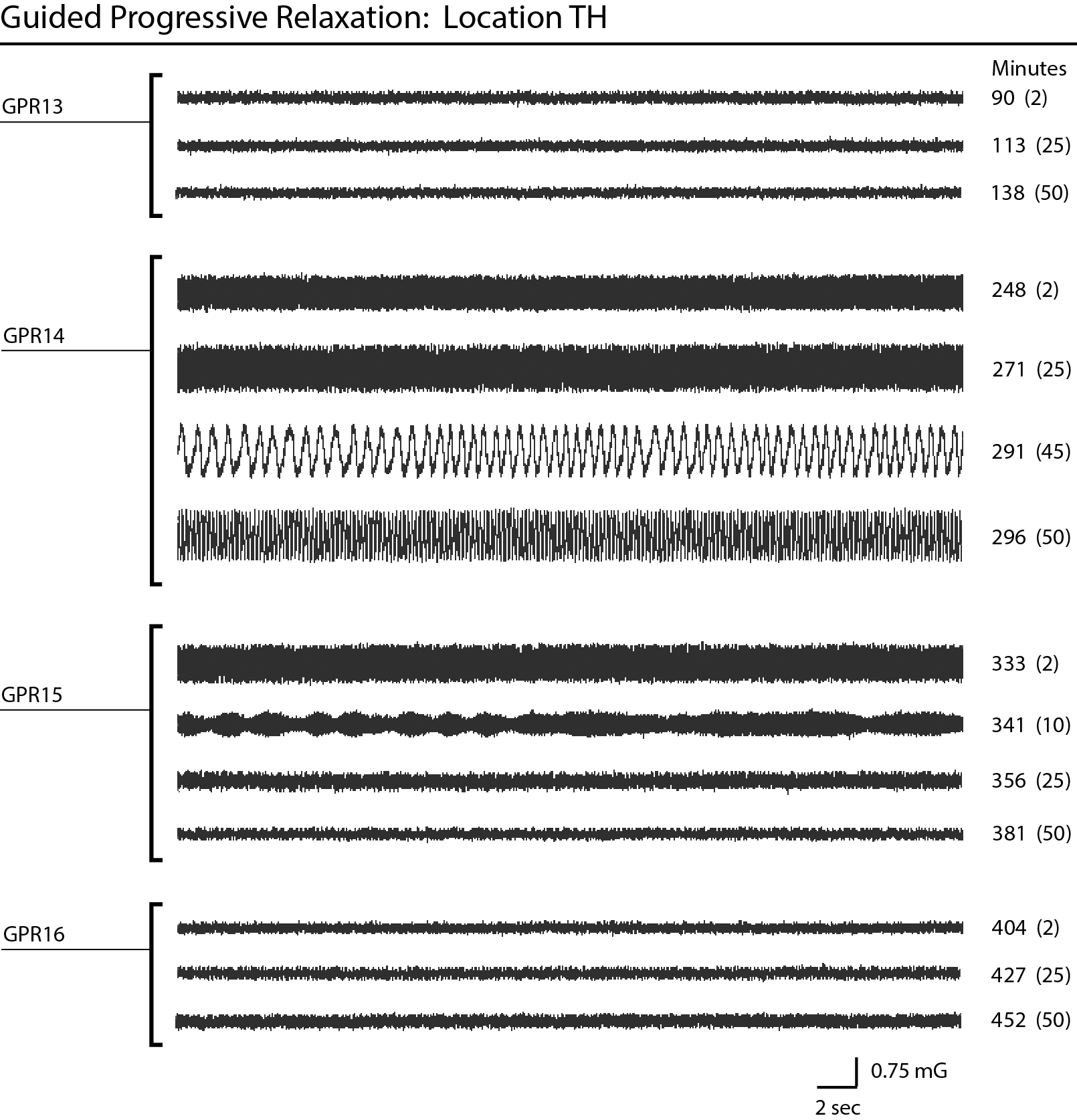