Magnetic field (MF) waves associated with healing and life processes are low-frequency (0-70Hz), symmetrical chirp waves, such as this portion of a wave observed during a Healing Touch (energy healing) session:

The spectral analysis of this outdoor wave, possibly representing life force in the soil:

The V-shaped spectral changes in FFT analysis, sometimes described as “V-waves”, are characteristic of symmetrical chirp waves.  Where else have these waves been observed? Here is an example sent to me by an astrophysicist which shows electromagnetic field activity in the Earth’s ionosphere.  The V-wave in this figure is an ionospheric Alfvén resonator (IAR) wave in the ULF/ELF frequency range, typically between 0.5 and 7 Hz, but in some cases, as high as 30 Hz (Beggan and Musur, 2018). 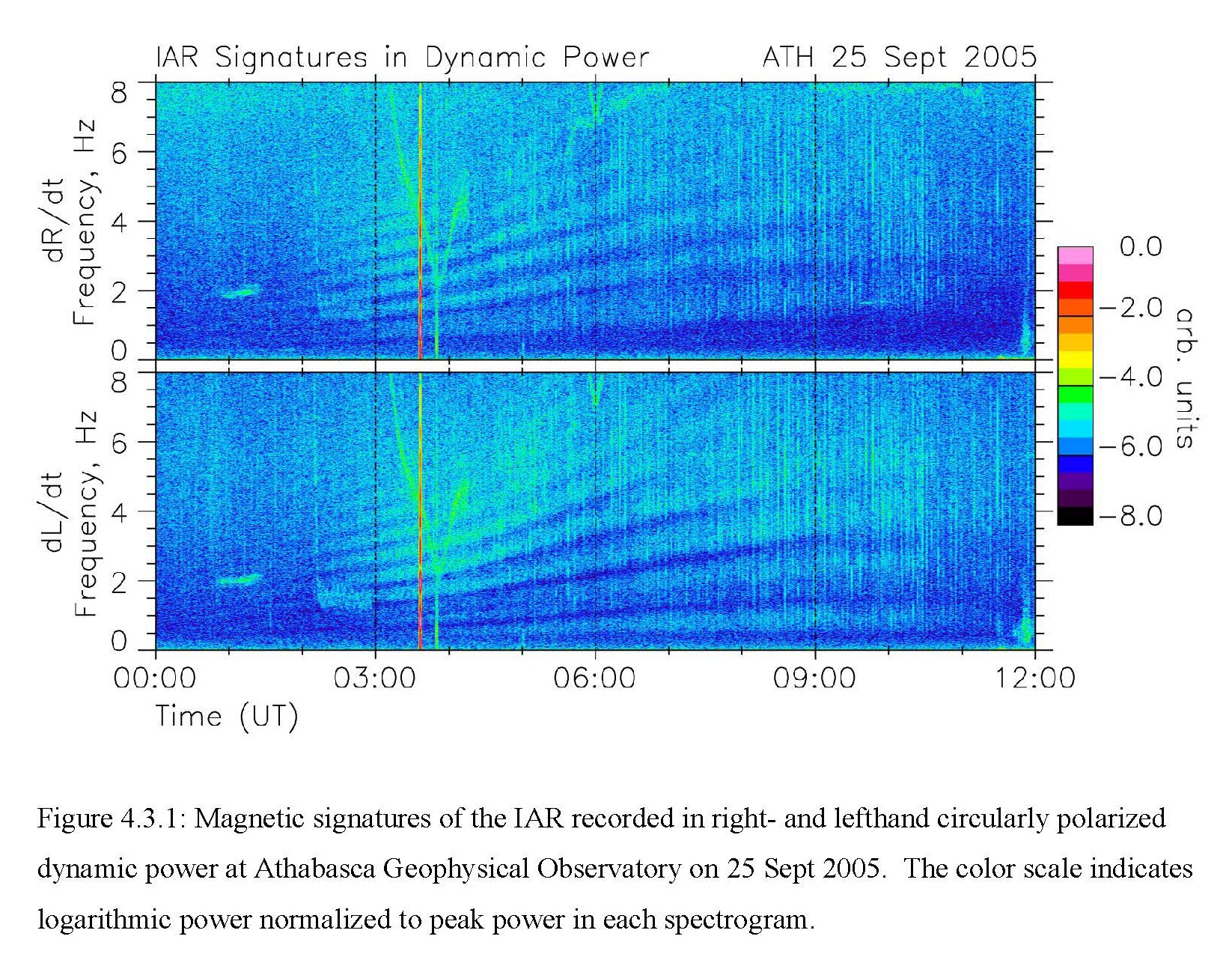 The bands in this figure are the Schumann Resonances (SR), global electromagnetic resonances excited within the Earth-ionosphere waveguide, driven primarily by lightning discharges (Price, 2016). These resonances occur in the extremely low frequency (ELF) range, with resonant frequencies around 8 Hz, 14 Hz, 20 Hz, 26 Hz, etc. This frequency range overlaps the one observed in our MF experiments.  Perhaps some of the effects attributed to Schumann Resonances in human physiology (e.g., Deyhle, 2009) may actually be due to the MF chirp waves emitted by living beings that I have recorded.  It is also interesting that the spectral analysis of healing waves is similar to that of atmospheric waves outdoors, which is in line with the idea of “orgone”, proposed by Reich.

Deyhle A (2009) Influence of Geomagnetism and Schumann Resonances on Human Health and Behavior. https://www.heartmath.org/gci-commentaries/influence-of-geomagnetism-and-schumann-resonances-on-human-health-and-behavior/