Electrostatic forces may be involved in various healer sensations and experiences. In general, the human body has properties of an electrical capacitor, with the ability to conduct current and build up charge, and the skin has properties of an insulator.  When two conducting bodies are insulated and electrified, for example the physical bodies of healer and client, an electrostatic force may exist between them.  The inventor Nickola Tesla observed that electrostatic forces between two bodies can produce sparks, but also, “a sensation like the pricking of a needle” and “streams of feeble light” emanating from the body surface (Martin, 1992).  In a survey of HT practitioners, healers described, 1) a pricking or prickle sensation in their hands while working in the biofield of clients, 2) blue light streaming from their fingertips, and 3) occasionally, a spark-like sensation while touching their clients – these sensations may be due to electrostatic forces (Moga, 2017). 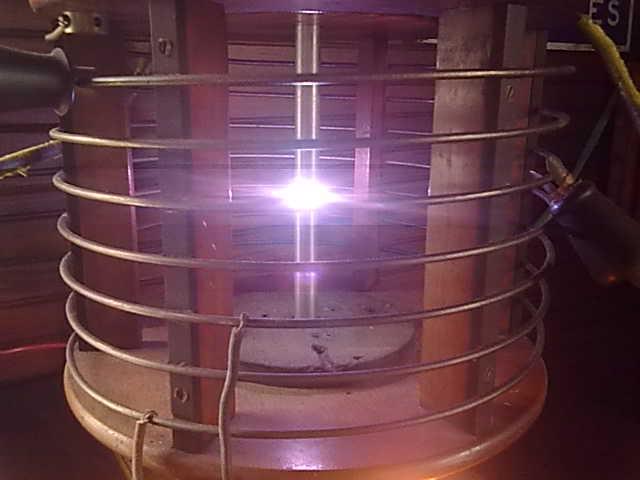 During a memorable healing session with a client, I experienced sparks from my hands as I moved along her body during the Healing Touch intervention, Chelation. It was painful, and the client felt the sparks as well.  I asked inwardly that the sparks be changed to heat, and the sensation did indeed change to heat, rather than sparks.  But what interested me was the idea that I had built up my electrostatic or body voltage potential through a meditation that is recommended to Healing Touch practitioners, namely the Hara meditation.  I was practicing it intently during this intervention.  In future experiments, I hope to test whether particular meditations, such as the Hara or Etheric Vitality meditation, can raise the electrostatic potential of healers.

In support of this possibility, Green et al. (1991) observed that the body voltage potential of healers increases dramatically during healing, in some cases, surging to 5 volts and then discharging. Tiller (1995) speculates that healers may develop the ability to generate a very large electrical pulse in the physical body through training and practice.  During Healing Touch, an electric charge build-up is particularly noticeable when the practitioner practices the Hara Meditation, designed to raise the energies of his/her body  (Scandrett-Hibdon et al., 1999; Hover-Kramer, 2009).

As further evidence for electrostatic charge buildup during healing sessions, one practitioner who often works with surgical patients during Pre-Op and Post-Op noted that, “my energy work often interferes with the electronic monitoring equipment creating artifacts”.   The ability of humans to have a negative effect on electronics equipment is well-known to the electronics industry, which takes active measures to reduce human electrostatics in the factory, as well as to design equipment to be less sensitive to human influence.  As an everyday example, I think many of us have had experiences, or know people with experiences, with computers or other electronic equipment that “freeze up” when we are feeling emotionally in a frenzy or hurried or angry, etc.  For example, when my sister was going through a difficult time emotionally, she described how the electronic cash registers in stores would “lock up” or freeze when she approached the cash register.  The idea that emotions are measurable “energy”, extending beyond the body, is something I hope to cover in a future post.