Energy healing (aka psychic healing) has been largely ignored by parapsychologists, which is odd, considering the rich variety of psychic experiences reported by healers and the psychokinesis (PK, “mind over matter”) process implicit in healing.  Add to this, the large number of energy healers practicing globally, not just in the U.S. and UK, and you have an ideal psi population and phenomenon to study.

Conversely, researchers of bioenergy healing in the nursing and medical sciences, e.g., Complementary and Integrative Medicine, carefully avoid mention of the “p” words: psi, psychic, parapsychology.  More problematic, in their research papers, biomedical researchers rarely cite relevant parapsychology studies, even if it would clarify and support their research.  One time, I made the mistake of putting “psychic healing” in the title of one of my papers, and researchers have avoided referencing this paper like the plague.  On the other hand, books on psychic healing are numerous, here is one example: 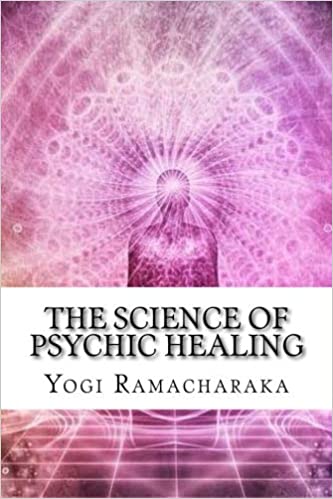 Here are two examples of how parapsychology research can further our understanding of energy healing:

One example:  According to the First Sight theory of parapsychologist James Carpenter (2012), preconscious processes that arise due to weak sensory impingement or no sensory impingement (e.g., extrasensory) precede and condition conscious processes.  In other words, subliminal and unconscious stimuli in our environment (First Sight) has an effect on our conscious behavior, even if we are unaware of such subtle stimuli.  Carpenter notes that individuals (e.g., healers, psychics) who pay attention to preconscious material, such as mental imagery and subtle bodily sensations, can develop experiential skill in detecting weak sensory and extrasensory cues.  Rather than a talent limited to a few gifted individuals, healing and psychic abilities can be developed, through individuals becoming more self-aware of subtle sensations and thoughts and then acting on the information perceived.  In Healing Touch, healers are comfortable with the idea that preconscious ideas and images that come to them during a healing session are important and related to the healing of the particular client (Kagel et al., 2014).

This psi learning process has important ramifications for healer training. We would expect that a student healer’s ability to detect subtle unbalances in the client’s biofield would increase with practice and experience.  In support of this possibility, experienced practitioners reported a significantly greater number of exceptional experiences and subtle sensations, as compared to students, in the Healer Experience Survey (HES, Moga, 2017).  Thus, a person’s ability to detect subtle stimuli, their level of awareness in regards to preconscious processes, may be an indication of their psychic healing ability and/or experience.

Second example:  Parapsychologist Robin Taylor (2005) notes that, “imagery-conducive situations…appear to facilitate psi functioning.”  Some gifted psychics enter a psi-conducive state by focusing their attention on an internal image (e.g., yellow rose) or an experience (e.g., peace, joy), and then discarding that image/experience once the mind has become quiet.  Then it is a matter of waiting for psi-mediated impressions to emerge in the consciousness (White, 1964).  Stanford (1977) notes that this technique is similar to the yogic meditation of Patanjali where ‘stilling of the mind’ is achieved by intense concentration on an image, followed by letting go of the image, with psychic powers developing over time.

In Healing Touch (HT), healers are taught meditations and healing interventions that employ vivid imagery.  For example, the imagery of Light flowing into the client’s third eye during the HT 6th Level intervention often triggers extrasensory perception of the client’s biofield, revealing subtle energetic disturbances and shamanic intrusions (Moga, 2017). The complex imagery in the HT Hara meditation often leads to an anomalous buildup of energy in the healer’s body (i.e., healer power), which may be analogous to the buildup of power in the body of individuals with psychokinesis ability.  The Hara meditation is often used during the HT intervention Chelation, to energize and release blocks in the client’s body.  By concentrating on certain images during healing sessions, Healing Touch practitioners may be creating a psi-conducive state, leading to the perception of extrasensory information and psychokinetic potential.

White, R. A. (1964). A comparison of old and new methods of response to targets in ESP experiments.  Journal of the American Society for Psychical Research, 58, 21-56