The magnetic field chirp waves which I record during human bioenergetic activities (e.g., Healing Touch energy healing, Tai Chi, groupwork) are most apparent when I use a software filter, 0-40Hz, in the Labscribe program, dampening any higher frequency (such as the 60Hz line frequency). The chirp waves are mainly composed of frequencies in the 0-40Hz range.   Here is one example of a chirp wave from a Healing Touch session:

The spectral analysis, with filtering (0-40Hz), looks like this: 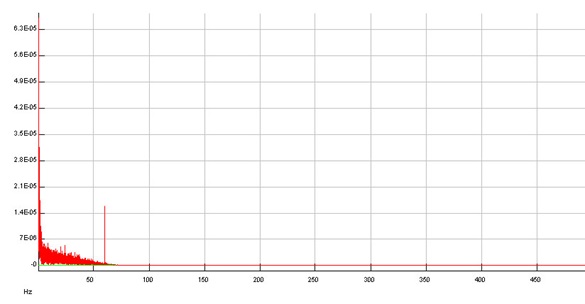 If I do not filter the magnetic field recording at all (0-500Hz – the data rate is 1000 bits/sec)), I can see the center of the chirp waves, but they are largely obscured by “noise”.  Here is what an unfiltered chirp wave in an HT session looks like:

And here is the spectral analysis (0-500Hz) of the same chirp wave: 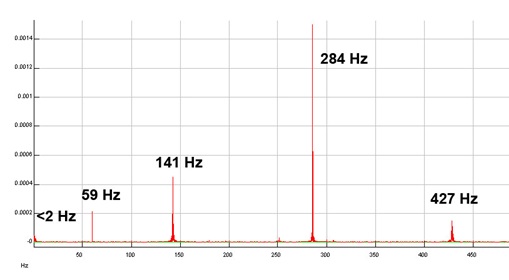 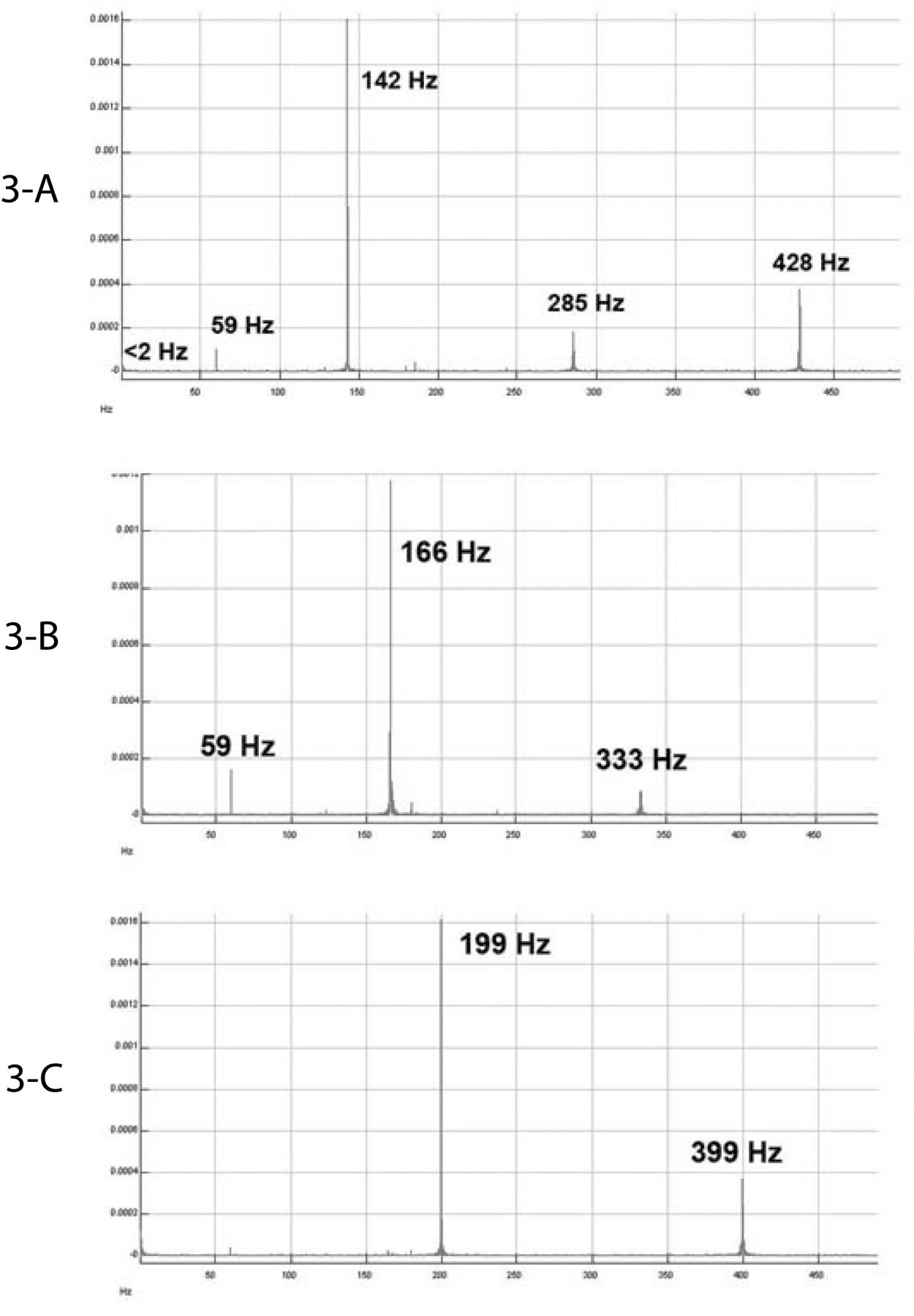 It will take much more work to determine if these frequencies are indeed relevant, and whether they are “healing frequencies”, helping heal the health condition or client, or merely, “disease frequencies”, being released.   In the future, I would like to study magnetic field activity during Healing Touch interventions with a faster data rate (5000bits/sec), giving us information on a wider range of frequencies (0-2000Hz).  In a study of client muscle activity during energy healing, Dr. Valerie Hunt (1989) noted significant changes in the 100-1500Hz range.

The ‘dream’ of treating disease with non-harmful, frequency specific waves is widespread, and epitomized by Star Trek medicine.  Unfortunately, grant agencies do not realize the potential of these types of experiments for laying the groundwork for a new, more humane medicine.